Almost everyone goes to work every day, and if you don’t go to work you probably go to school for a profession that you will be working in the future. There are hundreds of thousands of jobs to be had. From accountants to actors, bartenders to business owners and fashion designers to firefighters there is a profession for everything.

Most jobs consist of a 40 or so hour weekly schedule, a consistent task that needs to be completed every day and most likely an irritating supervisor. For the most part, no one really feels threatened at their place of work. Sure you may have a few annoying co-workers, maybe a tiresome schedule and as aforementioned an annoying boss, but it’s not like you’re life is in danger.

Surprisingly that isn’t exactly true for everybody. There are jobs out there where people not only get seriously injured while working but also die. Some of the jobs are ones some would expect. Construction workers around heavy equipment, miners working in perilous caves and fishermen working long hours in the unforgiving sea.

While those jobs may have danger basically in the job description there are plenty of other occupations that may seem ordinary that hide deadly secrets. In this article, there will be thirty entries of vocational jobs that pose the biggest risk to there employees. While some jobs may be more dangerous than others all thirty have a chance of fatality. Some of the deaths caused by these jobs include suffocation, cancer and even being crushed to death. 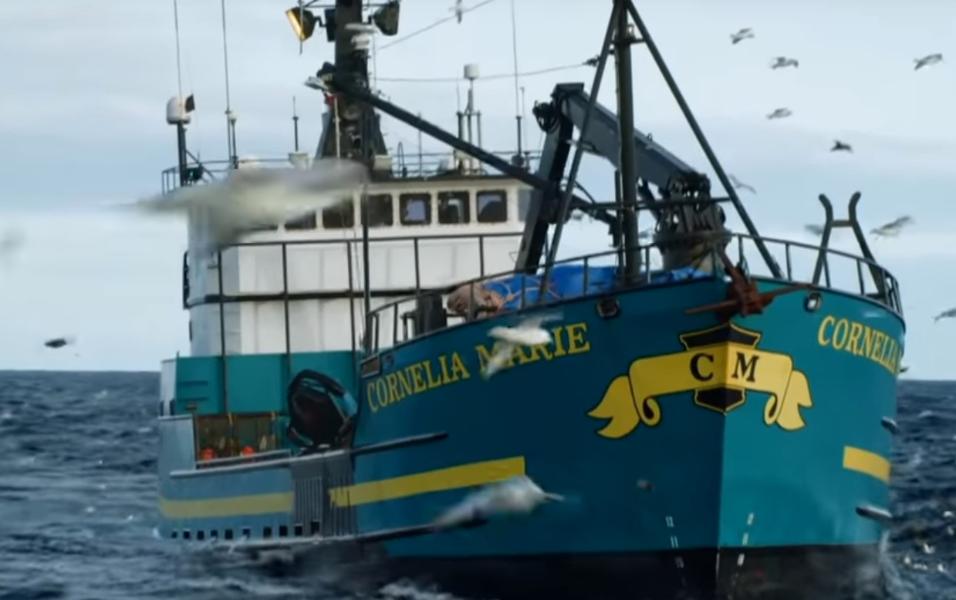 When most people think of fishing they probably imagine a rather peaceful activity. Whether it be sitting on the shore of a serine laker or floating in the beautiful and mysterious ocean, fishing can seem like a nice break from the everyday hustle and bustle.

According to the stats found by The National Institute of Occupational Safety, a commercial fisherman seems to be one of the most dangerous jobs on the planet.

The aforementioned institute did a study between 2000 and 2016 recording fatal falls overboard in commercial fishing. The study determined that there were about 83 deaths for every 100,000 employees. That workplace fatality rate is 23 times higher than all other U.S. based workers.

Being a pilot is another job that comes with its share of danger. Most people probably assume that plane crashes accounts could result in a high fatality rate. In actuality, the real risk of being a pilot has nothing to do with fatal crashes.

On any given day a pilot could be responsible for hundreds or even thousands of lives. For most people, this causes a massive amount of stress.

Heart Disease is one of the main side effects of a high-stress lifestyle which could very easily lead to death or other serious health conditions. Other potential health risks faced by pilots include dehydration and an increased chance for skin cancer. 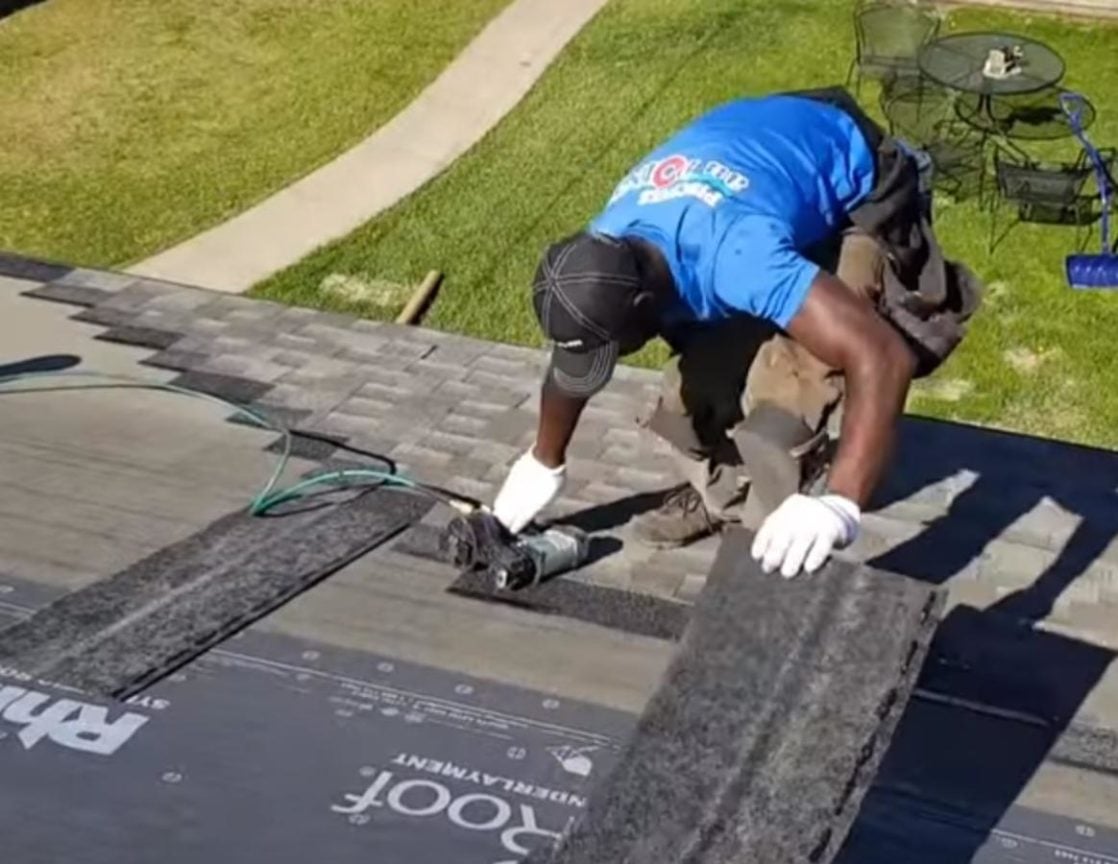 Being the person who roofs a building is an incredibly dangerous task. Not only do roofers have to worry about falling off roofs and receiving potentially fatal injuries, but there are several other nasty working factors that make the job even more of a pain.

Some of those dangers include loose electrical wires, bad weather and having to use harmful chemicals.

These factors have led to a fatal injury rate of 48.6 out of every 100,000 employees All of those aspects have led to roofing as a profession being ranked as the fourth most dangerous job by Bureau of Labor Statistics. 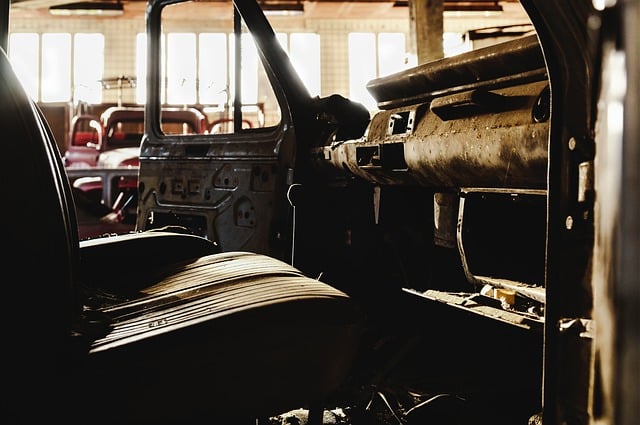 Driving is one of the more dangerous things people do every day. According to a study by Driver Knowledge in 2019 there are around 2 million car accidents each year that result in permanent injury. Now take the already dangerous act of driving a motorized vehicle and make the vehicle less predictable, have the drivers be behind the wheel for a longer period of time and add the variety of health risks that come from sitting for long periods of time and most will be able to see the risks of being a professional truck driver.

A study by The Bureau of Labor Statistics recorded 840 fatal car accidents involving truck drivers in 2017. Unfortunately, the crashes are just a piece of the pie that represents the deadly profession that is truck driving. An article by The Better Health Channel claims that sitting for too long has several negative health effects. Some of those scary side effects are heart disease, diabetes and even cancer. 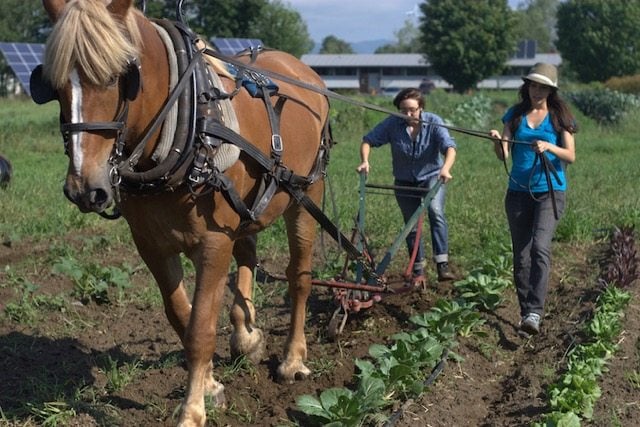 Farming is a huge part of how society and the economy run. The job is no easy task of course and requires a disconnect from the big cities in favor of more rural vegetation heavy areas. The sacrifice of a big city lifestyle is not the only problem that plagues farmers. The farm is actually an incredibly dangerous place of work. The CDC stated that in 2016 there were 417 farmers who perished from work-related injuries.

Perhaps the scariest cause of farm-related deaths involves grain bins. The state of the grain in the bin acts like quicksand and if one were to fall in death by suffocation is a likely outcome. Though grain like quicksand may be terrifying a much more plausible danger comes in tracker turnovers which accounts for most farm injuries and fatalities. 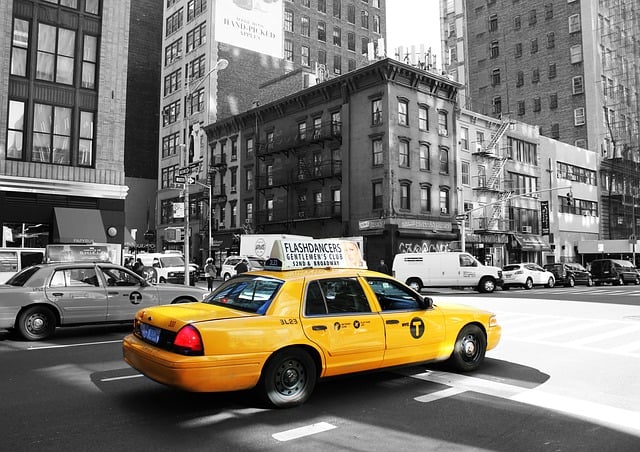 A common expression shared with nervous flyers is that you have a higher chance of dying on the way to the airport, than on the actual flight itself. That expression is actually true. According to an article on Fly Confidently you’re odds of dying in a plane crash are around 1 in 5 million.

On the other side of the coin your odds of dying in a car crash, as the New York Times puts it, are 1 in 103. While knowing those stats it’s no surprise that taxi and transportation drivers are at high risk every day.

Driving alone is dangerous enough and with transportation workers driving such large amounts, along with dealing with many unsavory characters throughout the day. 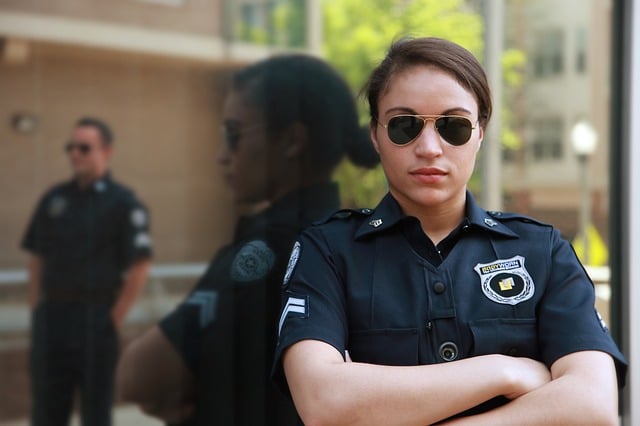 This entry on the list probably comes to no surprise. Police officer’s main objective involves putting themselves in dangerous situations, in order to protect others. Dealing with dangerous and unpredictable people is a scar reality that comes with the profession. FBI data suggests that the rate of police officer deaths at the hands of others has increased over 13% from 2017 to 2018. With 106 officers meeting their demise in 2018.

Police officers also spend a lot of time driving, which from previous entries on this list, can be deceivingly dangerous. Police also have several health risks that come from extremely stressful situations and the inconsistency of their work schedules.

What Is A Trade School ?

What Kind Of Jobs Can I Get With A Vocational Degree? 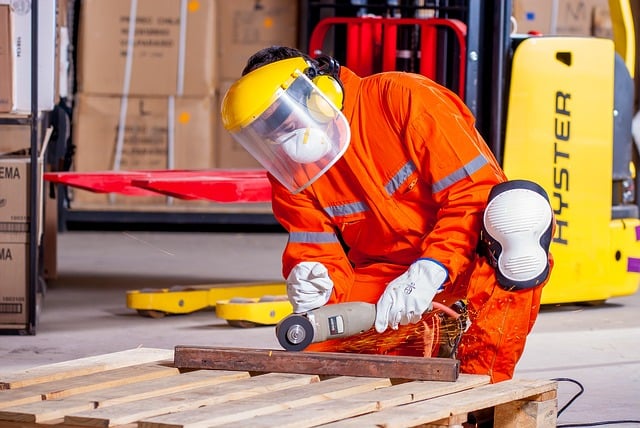 For those who do not know, steelworkers are those responsible for building the outside metal framing of buildings. The job involves heavy materials, sometimes high heights and large machinery. The fact that most people in the industry work from such high places is the number one cause of injury in the field.

A small trip could result in a terrible injury or possibly death. The equipment they work also causes injuries and fatalities usually due to user error or accidents. Perhaps a not often considered threat is hearing loss. The loud environment that the workers are subjected too can cause severe hearing problems when the right precautions are not taken. Even without the full loss of hearing constant loud noises are proven to cause severe anxiety in some individuals. 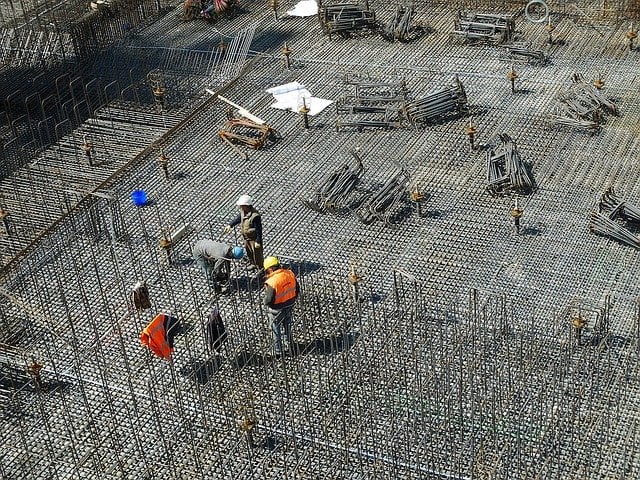 Construction workers share some of the same hazards as steelworkers. From working around large machinery, loud environments and even being high in the air, the two professions have a lot of similarities. Just like steelworkers, the most common injuries for construction employees come from broken and fractured bones after a fall. 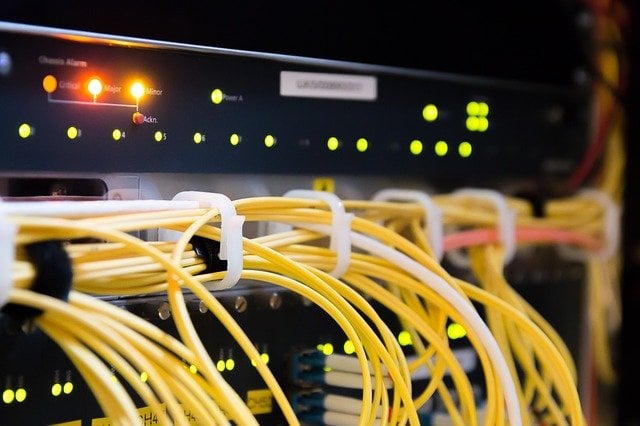 In 2019, most everyone has a cell phone and uses it heavily. Sure a lot of those uses are arbitrary such as social media, internet surfing and youtube videos. But the phone is also a valuable tool for communication. Without the phone towers and lines seen in almost any city, most phones would fail to serve their purpose of communication.

The folks who choose to work in the profession of setting up our phone lines are called telecommunication line installers. These workers perform a much-needed task that comes with a slew of risks. The US Bureau of Labor Statistics reported that there were 44 deaths in 2015 and over 6,200 injuries. 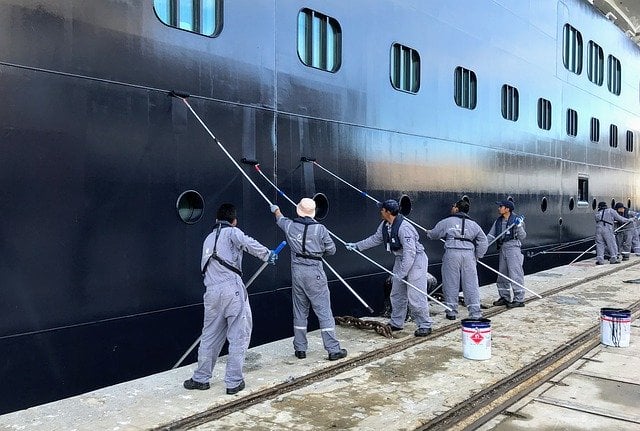 Being a professional painter is a job that most probably consider harmless. Surprisingly painting for a professional comes with several shocking disadvantages. Painters face deadly heights on a daily basis and that’s where a majority of their fatalities come from. A side effect that is almost exclusively in the painting is painters dementia.

Painter dementia is caused by the inhalation of harmful paint fumes and causes inhalants to forget how to do common everyday tasks. Inhaling paint fumes also leads to asthma, cancer and even fertility problems. In regards to inhaling paint fumes causing cancer, recent science has stated that painters are 20% more likely than the average individual to be diagnosed with cancer.

From fisherman to fridge installers, sales representatives to security guards and painters to police officers there are a ton of different jobs that involve more risks than most expect. While some occupations like logging, commercial fishing and construction work have there almost obvious physical danger. A lot of other jobs share mental dangers that are equally concerning. The saddest part of the article is a lot of the dangers everyday people face at the workplace can be prevented.

On the mental side of things, the management at sales and food service companies need to apply stronger action to protect the mental stability of their workers. As for physical injury, a lot of respiratory problems have been reported from the inhalation of harmful materials and chemicals. This could be prevented with the proper precaution and needs to be enforced more regularly.

With so many vocational jobs posing a danger factor it makes jobs obtained through education even more alluring. Sure a teacher may have to deal with snot-nosed kids and lousy pay, depending on where they are at, but at least they don’t have to worry about getting smashed by an elevator.

Yes, a lawyer may have to put hundreds of hours into a case he knows he won’t be able to solve, but he probably won’t be at risk of a tree falling on him. Unfortunately, though the society needs people to work trade jobs. Our society could survive without farmers, policemen and wastewater treatment workers. That’s why there needs to be more of an effort to protect the employees of some of the world’s most dangerous jobs.

Q: What Jobs Can I Get with a Degree in English and Humanities?

What is the Average Construction Management Salary?