The State of Online Education in 2020 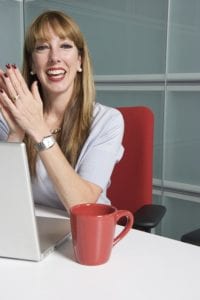 Over the past decade, online education has moved from a second option for those trying to return to school to a critical component of almost every major university’s academic programming. Close to 30% of Americans currently in school take at least some distance education classes. Close to 15% — or one in six students — exclusively takes online courses to obtain their degree. Coupled with non-traditional learners seeking professional certificates, certification prep, and the growth of not-for-degree online courses such as MOOCs or online boot camp learning experiences, we’re starting to see online education in almost every major academic field and profession.

Professions and fields many would not have dreamed of just a few short years ago have turned online to provide educational opportunities, including courses and degrees, to a more diverse set of learners than ever before. Want a degree in archeology from Harvard? You can study that online. Want to attend a state university for fire science? You can study that in an online classroom too.

The History of Online Education

Online education as we know it today owes a great deal to distance learning programs that have been a part of some institutions of higher education for close to a century. Mail correspondence courses, followed by courses recorded in audio or video, laid the foundations for asynchronous online learning. These courses of study were geared towards non-traditional students who could not attend in-person courses due to distance, work, or family. Academic programming centered around professions in which students could gain hands-on experience to supplement their learning. Teacher education, business education, and lifelong learning were some of the first common distance degrees offered. 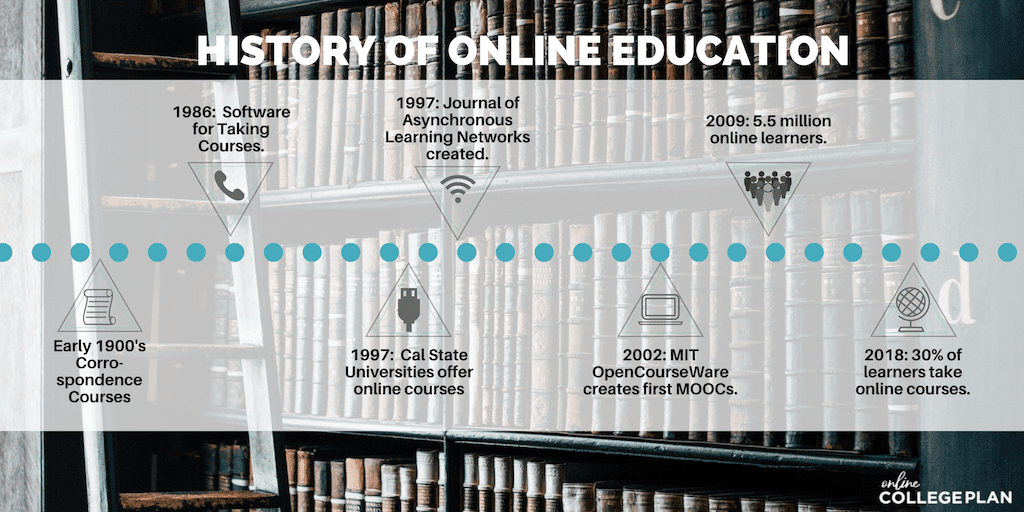 As one would expect, the development of the internet has played a significant role in online education. It was in 1984 that the groundwork for providing coursework online began to be laid. The Electronic University Network (EUN) was created by many supporting universities, and by 1986 was offering remote computer courses. These courses required proprietary software and could be taken from anywhere in the world on a DOS or Commodore 64 computer. This was before the world wide web, however, and so students communicated regarding their coursework via telephones.

While we may now seem light years away from the EUN’s 1986 computer courses, the basic concepts of technologically-aided distance learning were set. Technology has advanced rapidly and in many ways opened up possibilities unimaginable in past decades. 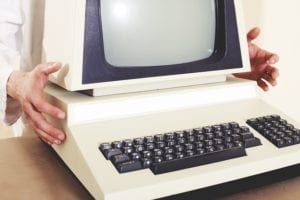 During the 1990’s and early 2000’s, online courses started to emerge in forms similar to their availability today. The California Virtual University was established in 1997 to help to organize and present all online course offerings available through public universities in California. Later that same year, the Journal of Asynchronous Learning Networks was founded. This created the first peer-reviewed journal focused on online education and was a signal that universities and educators were beginning to take online courses as a serious educational option.

In 2002, MIT OpenCourseWare was created. This resource — even more popular today — presents lecture videos, readings, and assignments for thousands of MIT courses that are offered entirely free online. Though unsupervised, in many ways MIT OpenCourseWare was the first platform for Massive Open Online Courses (MOOCs). Today there are thousands of MOOCs offered by many of the top universities in the world. Coupled with low cost not-for-credit online courses, like those on Udemy and related platforms, one can start to see the present state of not-for-credit online education. This is a significant component of online education and centers around the massive audience of those seeking professional development, personal betterment, lifelong learning, or skills-based learning.

On the for-credit side of online education, networks of public universities — similar to California Virtual University in 1997 — jumped into online education through the early 2000’s. By 2009, over 5 million students were primarily studying online. As online training became more mainstream, many vocational, for-profit, and not-for-profit private universities followed into the online space. Since 2009, the percentage of students studying online has continued to grow. With this, growth in focus and resources has led to improved outcomes, support, and infrastructure for online education. 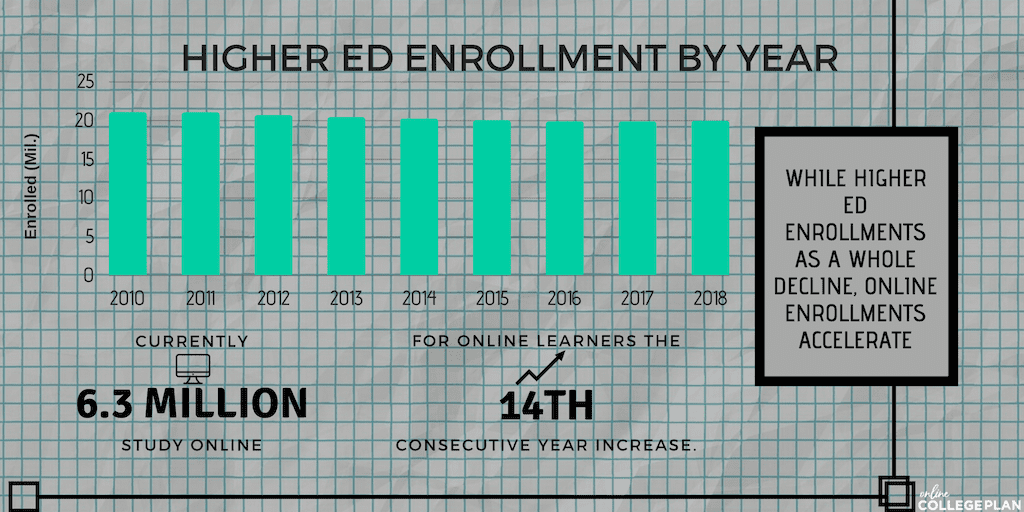 One of the most comprehensive sources on online enrollments can be found in the Distance Enrollment Report created by Babson, e-Literate, and WCET. Last published in 2017, it notes that over 30% of American students take at least some form of online education during their course of study. This means that over 6 million U.S. students study online. While 30% is an enormous increase from the early 2000’s, for-credit online learning appears to be reaching saturation. 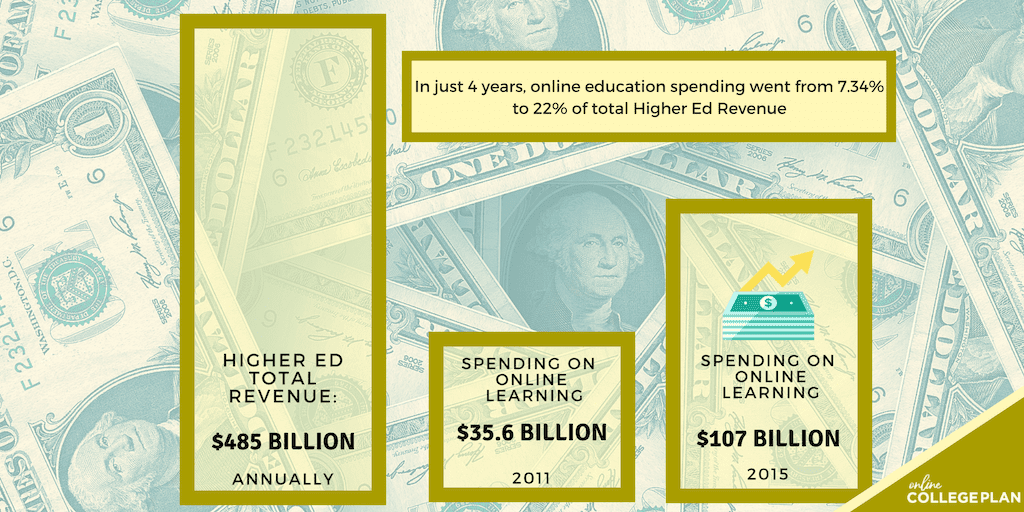 This big business hasn’t gone unnoticed by Wall Street. 2U, a startup “online program manager” has managed to accruea valuation of $4.7 billion as well as become a publicly traded company in 2018. Online Program Managers partner with universities to help to obtain funding, help produce and support online programming, as well as recruit students to online programs. Universities are viewing strategic partnerships with entities like 2U as a way to increase enrollment and the reach of their universities without having to physically expand.

Alongside — and in many ways because of — the rapid adoption of online education, many technologies supporting online learning have progressed rapidly. Some of the most crucial technologies to impact online education in 2018 including increased access to bandwidth, online testing support, increased identity verification measures for testing, support for educators making courses, and the proliferation of more sophisticated measures of online academic quality. 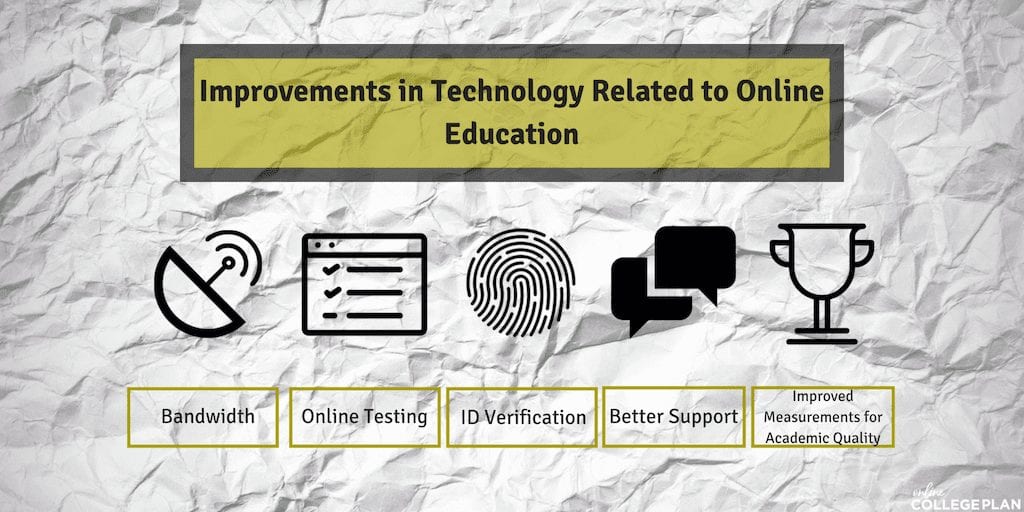 Bandwidth and internet access has always been a central element to the adoption of online education. In 2018, bandwidth related to online education in America through the saturation of 4G+ mobile networks. Online education providers, MOOC platforms, and online learning tools have all embraced mobile learning. Today, most universities offering online courses also offer — at the very least — support service if not entire courses on mobile technologies.

Internationally, online learning is in a different stage, though in some ways is taking off at an even more rapid clip than in America. From 2016-2017 the growth of international universities with more than 20 MOOCs increased by 184%. Meanwhile, American Universities with 20 or more MOOCs offered increased by “just” 24%. This is largely due to previously unsaturated international markets, as well as the rise in broadband globally.

One of the major stumbling blocks for online education early on was in identity verification and testing. In 2018, great acceleration was made towards ensuring test takers are who they say they are. Online test proctor companies like Proctor U have grown at a rapid clip in recent years. Many of these solutions allow students to take tests from home after showing a proctor via video feed their surroundings as well as what programs are running on the test taker’s computer. Data and cyber security companies have also jumped into the fray. Companies like Acxiom provide real-time generated questions and diagnostics for ascertain a test taker’s identity.

Support for educators making courses, administrators monitoring online student outcomes, and universities seeking to increase revenue or enrollment has continued to advance in 2018. As educators moving into online settings see their class sizes skyrocket, productivity and tracking tools are paramount to educational success. Some of the most common names in course delivery including Blackboard and Moodle have continued to enhance their offerings, making it easier to produce, track, and iterate course changes more and more rapidly. A whole host of online program manager companies have grown up around facilitating the growth of online programs for universities.

Finally, several years into mainstream online education adoption, the tracking of student outcomes and support measures has reached a greater level of maturation. This is partially due to more years of information regarding online universities, and partially due to a push for transparency in higher education outcomes. Most notable, a range of sites such as Online Schools Report have striven for improved, more sophisticated ranking methodologies for schools. Though the “perfect” fit for a student in the end comes down to personal preferences and their own story, online college ranking sites have continued to hone their methods to great success in 2018.