UARK was founded in 1871; it’s a land-, sea-, and space-grant university. The first classes were held at the beginning of 1872, and the first class to graduate was in 1876. Chi Omega, the sorority, was organized in 1895 at UARK; to pay homage to the founding place of their organization, the headquarters donated the Chi Omega Greek Theatre. This was the first time in history a Greek organization had done anything like this. Another landmark first at this institution is that it was the first major Southern public university to admit a student of color without litigation; his name was Silas Hunt. Many other widely used inventions came from researchers at the university. Alumni include politicians, athletes, musicians, and more. They have also granted honorary degrees to Bill Clinton, Hillary Clinton, J. Edgar Hoover, and Queen Noor. Their names are even on the senior walk!

The University of Arkansas has been recognized for a variety of things by publications big and small. Here on OnlineCollegePlan.com, it has been featured in previous articles such as Top 60 Schools Sorted into Hogwarts’ Houses at #12, and its Batesville branch took #30 in Top 50 Best Online Community Colleges for Financial Aid Assistance.

The main campus is located in Fayetteville, Arkansas. It’s a fairly small city, and can more easily be classified as the classic college town setting. Fayetteville was rated as #3 in the U.S. News & World Report 2016 ranking article of the Best Places To Live. Because of the fact that this is a college town, the area has blossomed over time. There is a strong focus on music and the arts, with a focus on local businesses. The Fayetteville Historic Square has long been hailed as the center of the town and it a focal point for visitors and locals alike. Many events are hosted there like the Lights of the Ozarks Festival and the Fayetteville Farmer’s Market. The Farmer’s Market is one of very few in the country that can accept EBT, and they also feature crafts by local artisans. The Square is dotted with boutiques, music venues, restaurants, museums, and more. The surrounding area is made up of new construction, and several historic buildings.

Interesting Facts About University of Arkansas

Something unique at the University of Arkansas is the “Senior Walk.” It began in 1905 when the graduating class carved their names into the concrete in front of Old Main. From that year forward, every graduating class has their names pressed into the walkway. The university has taken over the responsibility for adding new names and even went back to include all of their alumni, from the inaugural class of 1876 forward. There are nearly 200,000 names!

Vitamin E was discovered by the former Agricultural Chemistry Professor Barnett Sure, along with a colleague.

There are more than 50 different programs offered online at the University of Arkansas. These programs allows distance-learning students to choose a relevant academic path to fulfill their goals form the comfort of their own homes. These are at the Bachelors, Masters, and Doctoral levels. The school also offers Certification and Licensure Programs online. One of their people popular online programs according to data from NCES is the RN to BSN Online Program, followed closely by the Master of Science in Engineering Management.

The online programs offered to web-based students cover highly desirable and lucrative fields such as nursing, business, education, and engineering. The online classes are provided in hybrid or asynchronous formats and taught by the same driven faculty that is responsible for the traditional counterpart of the course. The Razorback family doesn’t cut corners in their distance education programs, providing all students with the dynamic and comprehensive education they deserve regardless of residency.

University of Arkansas Motto: “To Advance with Truth as our Leader” in Latin, “Veritate Duce Progredi”

University of Arkansas Mission: to provide an internationally competitive education for undergraduate and graduate students in a wide spectrum of disciplines; contribute new knowledge, economic development, basic and applied research and creative activity; and provide service to academic/professional disciplines and society, all aimed at fulfilling its public land-grant mission to serve Arkansas and beyond as a partner, resource, and catalyst. 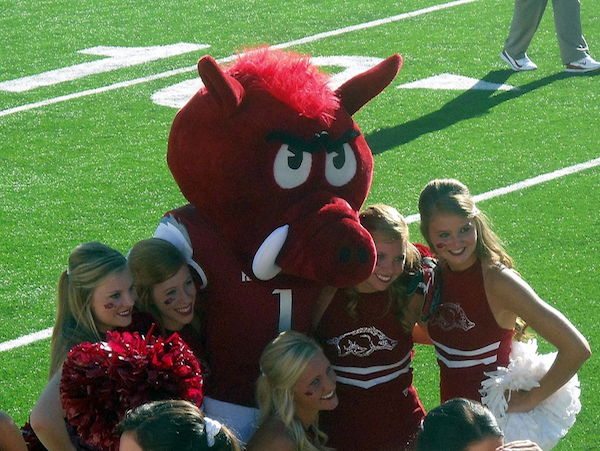 For more information or to connect:

What Do I Need To Become A Doctoral Student In The Public Health Field?

What Is A Master’s Degree?

What Are the Career Options With a Degree in Political Science?

What are the highest paid jobs for people with a degree in computer science?