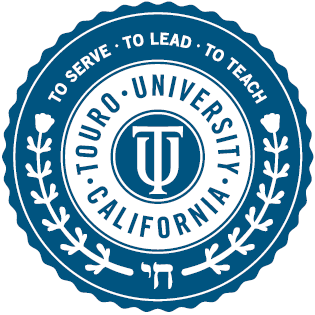 Touro University California was founded in 1997, originally in San Francisco, It’s inaugural class had 67 students. The school grew quickly, and two years later it chose to move operations to Mare Island, for more space. The administration relocated Touro into two restored naval quarters buildings that were built in the 1930s, and took a lease option to renovate ten other buildings as diagnostic and research laboratories.

Touro’s College of Osteopathic Medicine was only the second osteopathic medical school program to open in California. It’s become an increasingly competitive program, and its Class of 2019 boasts an average MCAT score of 30.8 and (GPA) of 3.50. Tour’s 2019 College of Pharmacy and College of Education and Health Sciences also have impressive average GPA’s. While it’s not everything, applicants to Touro should have a strong GPA.

That quality of applicant is rewarded by Touro’s top notch academics and educational outcomes. In 2012 and 2013, its pharmacy program had a 92.5% pass rate for the California Practice Standards and Jurisprudence Examination for Pharmacists (CPJE) and a 99.0% pass rate on the North American Pharmacist Licensure Examination (NAPLEX) exam. In 2013 100% of Touro graduates of its MSPAS/MPH program passed the Physician Assistant National Certifying Examination (PANCE) on their first try.

Recently, Touro researchers found that reducing the consumption of added sugar in children could reverse chronic metabolic diseases like high cholesterol and blood pressure in as little as 10 days. Remarkably, the reduction in added sugar alone could accomplish this, independent of reductions in calories consumed or any weight loss.

Perhaps most excitingly, two Touro doctors, Dr. Miriam Gochin and Dr. Guangyan Zhou were awarded a United States patent for developing compounds that help fight against the fusion of the HIV-1 virus with cells. This could prevent HIV from entering the cells, diminishing viral spread and latency. Simply speaking, the compounds discovered by Touro researchers not only stop the virus from attaching to cells, but also kill them.

Vallejo is the tenth most populated city in the San Francisco Bay Area, with over 100,000 residents. It’s been called the most diverse city of any size in the United States. It’s known for Victorian and Craftsman architecture in many of its downtown homes.

Mare Island itself is a peninsula adored by explorers and historians. It was once the property of General Vallejo, who helped shift California from a Mexican territory to an American state. Mare Island gets its name from Vallejo’s favorite horse, who was presumed dead in a ferry accident, yet was discovered unhurt roaming the island. In the mid 19th century Mare Island became the first US shipyard and naval facility on the West Coast. It was decommissioned in 1996. The Mare Island Museum is a great conduit of that history, and its surrounding buildings offer tours, as well as location for weddings, memorials, funerals and concerts. It also has a brewing company named after it.

Continuing its naval tradition, Vallejo boasts a beautiful, beloved ferry to and from San Francisco, complete with snacks and drinks. Its TripAdvisor reviews are especially glowing. There’s an ongoing boating culture including the Vallejo Yacht Club, Vallejo Municipal Marina and the Glen Cove marina.

Those willing to travel a little further can enjoy an abundance of wine tours and tastings in nearby Napa Valley (about an hour away).

What are the best schools for online bachelors degrees in art?

What are Some Useful Online Courses for Aspiring HR Managers?