Many students are intimidated by the essays that must be written to complete college or scholarship applications. The truth is, you don’t have to use big words or fancy words you don’t understand to write a compelling essay — a few well-placed, sophisticated words will do. College essays should be extremely polished and fluff-free. 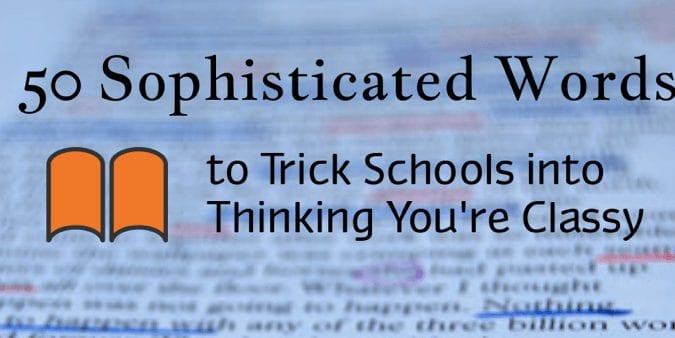 It’s time to get creative and make every word count, so be sure to use sophisticated words rather than slang or Internet acronyms (LMAO). Forget everything Urban Dictionary taught you and add a touch of class to your vocabulary with more sophisticated words in your writing and speech.

When you are ready to choose a school, we recommend you use our ranking of the top 100 best online colleges as your starting point.

Visit Vocabulary.com for more sophisticated words to expand your vocabulary — and always keep it classy.